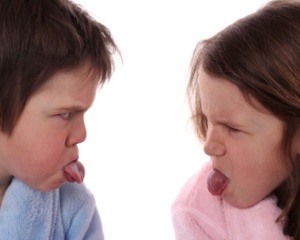 The new bi-partisan plan is very simple…. “to oppose each other”.  I believe that the present two party system has reached a point of no return…in doing what is best for the American people.

The parties are so divided that the only focal point of a politician concerning the American people is “what can I say to them (the American people) to get elected or keep my job”.   We are pandered to or given a “spin” every time a politician opens his or her mouth.  I can understand ideological differences of opposing parties…but I have enough common sense to realize if they don’t compromise for the good of the American people…then they will destroy us.  As for career politicians… if they were that good at what they do… “Why in the Hell are we in such a decline today?” The answer is not complicated…they have been taking care of their own self preservation… instead of ours. You have heard it before “throw the bums out”.  It time for a new breed of elected officials to stands up for the American principals that made this County great.

The politicians are not going to change the rules that restrict “them” or limit their capabilities.  It is up to the conscious and informed to insist that our elected officials do the right thing for the American people. I used the words “conscious and informed”….not necessarily the masses.  If you don’t have a clue that there are 3 branches of governments or know who the Vice President is…then please use your vote on one of the next American Idol contestants.

America was once considered a melting pot and a land of acceptance and opportunity.  Today it is an influx of people that enter this Country as separatist and insist that this Country change to accommodate them.  The new America of “political correctness” and “division” will become our self destruction.   We as “united” Americans need to wake up…open our eyes wide and look at the obvious…it’s before us 24/7.

In the words of Larry Winget… “Grow A Pair”.  Oops…I so sorry that probably wasn’t politically correct.

DISCLAIMER: The information presented is either my opinion or information obtained from sources believed to be reliable and factual; however, I make no representation as to the completeness or accuracy thereof. Any errors, including misuse or misspelling of words is either due to my fingers hitting the wrong keys, oversight, or my own ignorance