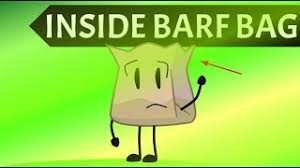 They are the ones hiding in the weeds so that they don’t get caught up in the fray of controversy that might connect them to the losers of the battle.  They are the career politicians that are more concerned with self-preservation than doing the right thing for the sake of the Country… or the ones that somewhere along the way of their “public service” career…they were neutered.

Let’s not forget the propaganda machine…I would like to think that was a time that the news media actually reported the news as they saw it…that it was not manufactured or slanted to fit their agenda…maybe I was naive or that it was so cleverly packaged that it was believable…not today.

The definition of Common Sense … “the basic ability to perceive, understand, and judge things, which is shared by nearly all people, and can be reasonably expected of nearly all people without the need for debate” …is not so Common anymore.

Vote to retain our individual rights, freedom, and preserve the basic foundation that this country was built on…meanwhile  during the next 12 months you might want to change the channel every other day and watch reruns of your favorite sitcoms in order to maintain your sanity….and don’t forget the Barf Bag for those other days.